My works tend towards abstraction and as such, make their inscription in the so-called action painting that tries to express through color and matter, sensations such as speed and energy movement, in which the brutal character of the lines and gestural deletions are emphasized, splashes spontaneously without pre-set schemes.
Action painting is an abstract pictorial current and the term was used by Harold
Rosenberg-1952-although it was used in 1912 and 1929 to designate the first abstract compositions of Vassily Kandinsky. Even though it is gestural painting, it has its roots in the automatic expressions of the Surrealists, it is not the technique that differentiates them, but the one that is presented.
My work is inscribed in tachismo, a word derived from French and that means stain, it is an informal painting that takes place in Europe in 1944. It evokes the reality attenuated by the expression of the line and the lyrical color. It uses sign abstract works freely found, such as that of the artist Hartung, among others: Georges Mathieu, Jean Dubuffet, Nicholas de Stael, Serge Poliakoff, among others.
My motivations come from the environment, from the exuberant nature that surrounds me and fascinates me; To this, the emotions and vital rhythms that flood me and move me from the bowels are united. In this way, in my works, the internal and external nature reach a representation charged with energy, movement and light.

2012: Selected due to her work “La vida …imperdible” for the Canadian BRA PROJECT, carried out by Zona Entrenarte and Automercado, Costa Rica. Campaign for the detection and prevention of breast cancer
2011: Special guest to participate in the SUMARTE BIENNIAL, San Salvador, El Salvaldor
2009: 3rd place in the Public’s taste, from a total of 35 renowned artists at the exhibit and auction “Renacer “ carried out for the benefit of the Poas earthquake victims

2018: Acquisition of the artwork “Paseantes II” by: A.T. Tolley Collection Carletom University Art, Gallery, Ottawa, Director: Sandra Dyck
2011: “La mirada código ancestral” is part of the public Jewish art collection “Identity and Diversity” which is currently itinerant throughout North America and Latin America, directed by Steve Sadow
2011: The artwork “Hatikva” is part of the collection at Maguen David Community Center, Mexico
2009: The artwork “Pasos seguros” exhibited at the Guachipelin elementary school, San Josë, Costa Rica, was carried out in the context of the workshop for the prevention of traffic accidents, promoted by the National Art Advisory (Gina Marín) of the Public Education Ministry, San Jose, Costa Rica. 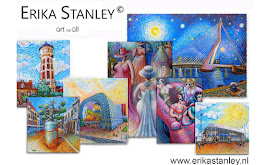 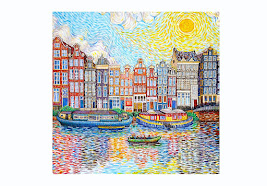